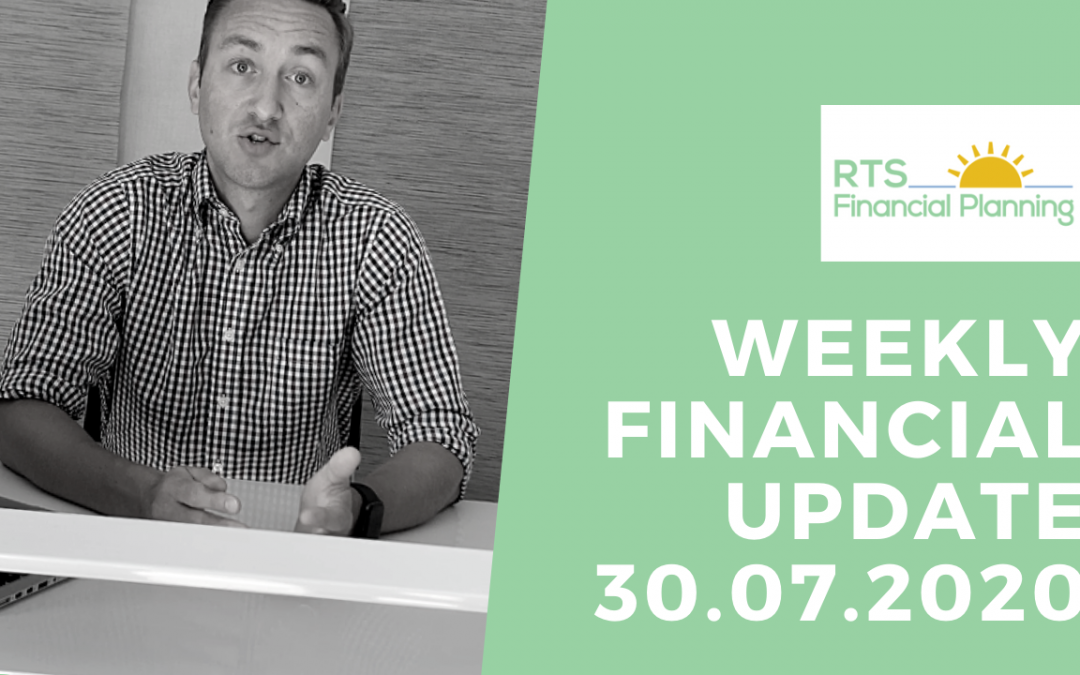 All of the major world stock markets had negative returns over the last week as fears of a second wave of coronavirus cases worried investors. 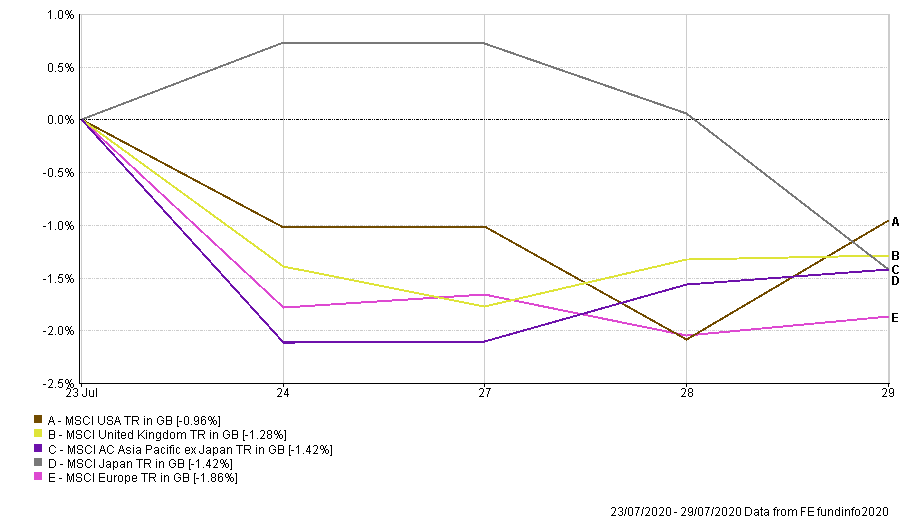 Whilst many countries in Europe have got control of the virus, total worldwide cases are still rising and even countries like Australia and Japan that had low case numbers initially are now starting to see a rise.

There was also travel chaos in the UK as the government advised against non-essential travel to all parts of Spain due to a significant rise in new cases. The decision was made at short notice with many Brits already abroad now facing the prospect of a 14 day quarantine on their return.

The push from some back bench MPs and those in the travel industry is to try and implement even more detailed travel corridors. E.g. travel to Tenerife where cases are low but not travel to mainland Spain where cases are higher.

This of course hit airline stocks like easyJet and IAG (owner of British Airways) who have already had a rough year. 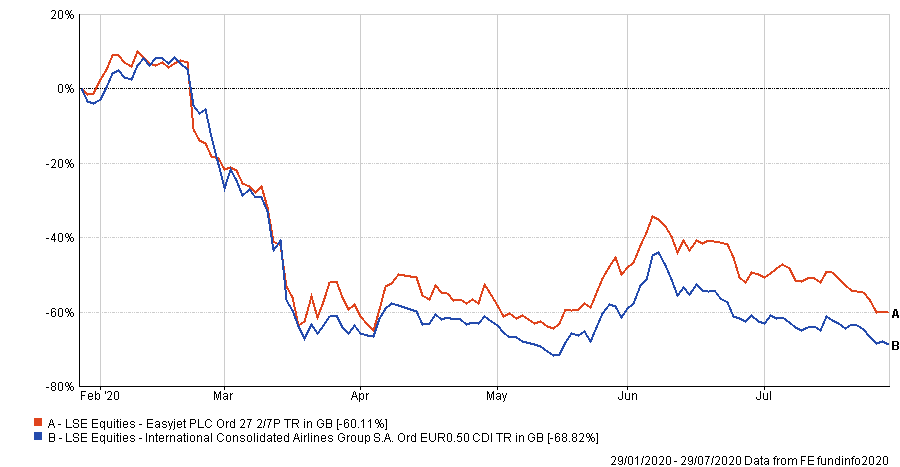 But whilst stock markets had a negative week there was positive news on the state of the UK economy.

The Office For National Statistics announced that retail sales in June were up 14% on May, way ahead of expectations and taking them back to close to before the crises. Car sales are actually up on last July! 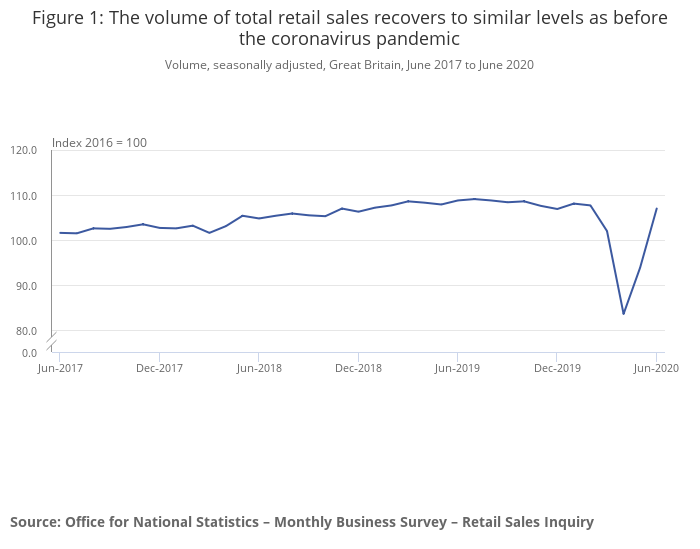 In Europe the European Central Bank (ECB) extended its ban on European banks paying dividends and carrying out share buybacks. The banks are able to tap into a huge pile of cash provided by the central bank and the ECB wants this to go to businesses and help stimulate the economy. It is also keen for the banks to hold as much cash as possible so they can be ready in case there is a large number of businesses defaulting on loans.

This news hit the stock prices of banks and they are probably in for a tough time over the next year with interest rates remaining low.

Another big factor in stock markets falling this week was yet more tension between the US and China. The US shut China’s Houston consulate last week, alleging it was a base for China to steal intellectual property. China have retaliated and by shutting the US consulate in Chengdu.

All this has led to Gold reaching an 8 year high as investors sold off stocks and bought into what they perceive as a more safe haven. 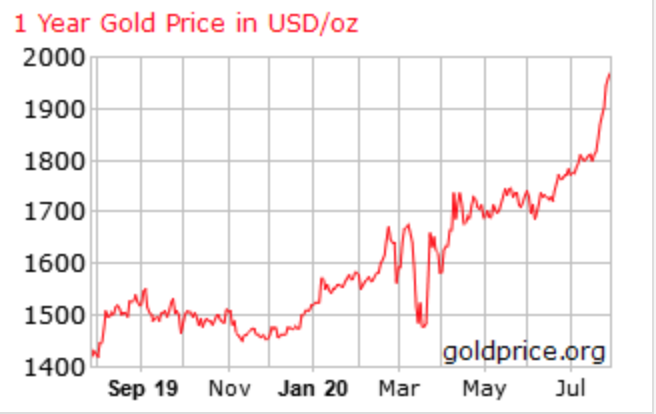