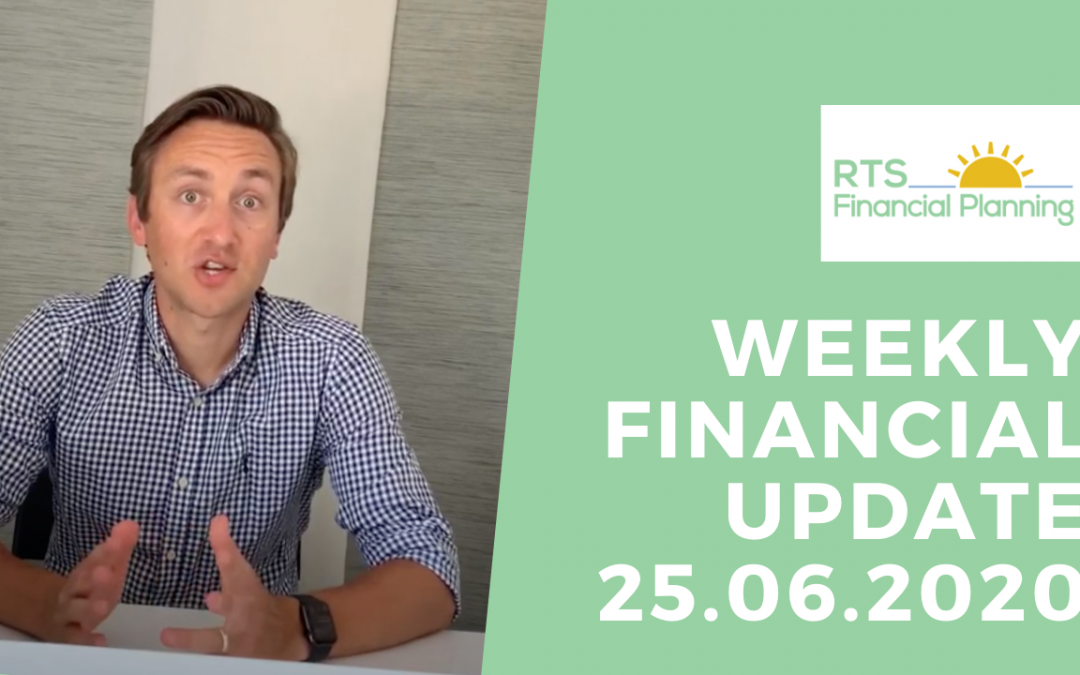 At the end of last week we found out that the UK national debt now totals more than 100% of our GDP (our entire economy). This is the first time this has happened in over 60 years.

Of course it was to be expected with the huge amount of spending the government is doing to help support the economy.

As I’ve said previously, it can be worrying to see the national debt shoot up however this is war time spending where anything goes. We are in a war against the virus and this should mean this massive jump in government spending is a one-off. Failure to do it could have resulted in far more longer term damage to the economy.

A big debt pile only becomes a problem if the cost of paying for that debt is high. Luckily the UK government is able to borrow at extremely low interest rates and therefore we will just have to live with the bigger debt for now.

Talking of spending, the Bank of England announced they would purchase another £100 billion worth of government debt which again will help keep interest rates low and provide confidence to investors.

Interestingly they didn’t reduce the bank base rate any further which could be taken as a sign they think things are picking up.

There was more evidence of this in the latest manufacturing and services purchasing managers index (a survey of over a hundred leading UK companies) for June which showed market conditions improving to levels at or close to before the virus struck.

There was a sizeable fall in stock markets yesterday with the FTSE 100 falling around 3% leading to an overall weekly decline.

There are two main issues troubling investors. The first being an increase in new Covid-19 cases, mainly in Germany and the US. With more understanding of the virus and better systems in place to manage it, hopefully these governments will get on top of it quickly.

Secondly, the US are planning to launch $3 billion worth of tariffs on European and UK goods meaning it will cost Americans more to buy stuff from these countries, which will put them off and impact European and UK sales.

The markets don’t like tariffs as it disrupts world trade and no one really wins as in the end everything becomes more expensive. This is because Europe will likely retaliate, meaning Europeans pay more for US goods, impacting US sales.

Hopefully this is just another one of President Trump’s hard man acts which soon settles down once he collects the positive spin he needs and then sees reason.