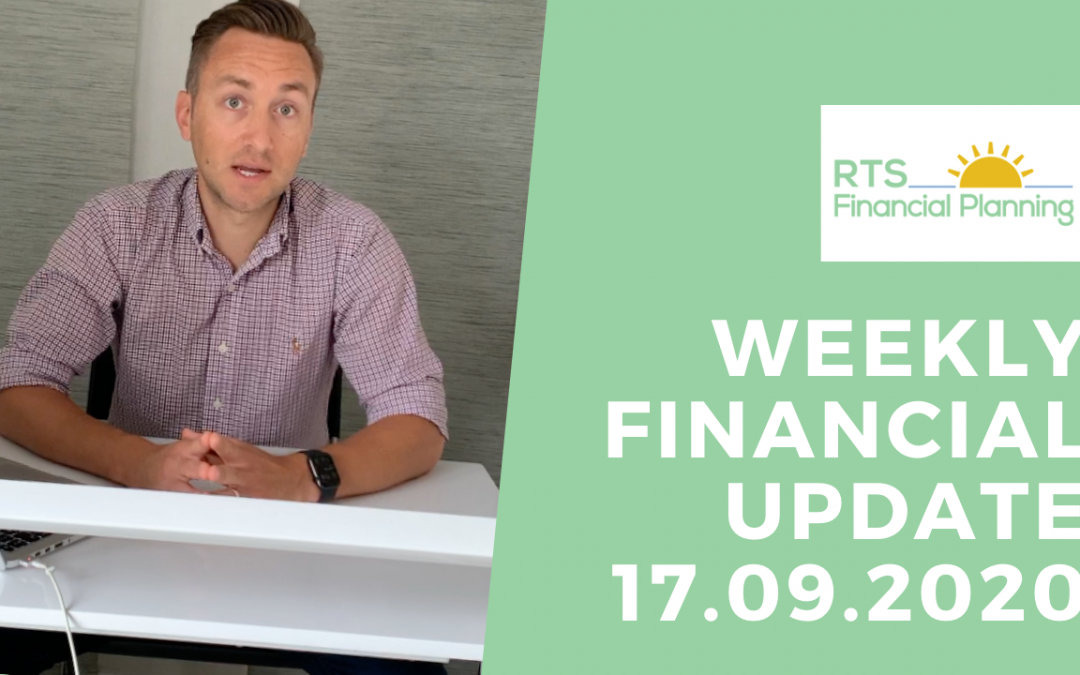 It’s been a pretty quiet week for stock markets as all of the world’s major markets ended up with a positive return.

In the UK, we found out that unemployment rose to 4.1% during the May-July quarter. Up from 3.9% from the previous quarter.

Whilst unemployment is rising it is only rising slightly and if we look across other areas of the world we can see that whilst furlough-type schemes are gradually phased out the predicted huge surge in unemployment is yet to be seen. Now this could still happen once the furlough schemes are gone completely. The last quarter of the year could be the toughest. The Chancellor has been quoted this week saying that he will be ‘creative’ in finding ways to help keep people in jobs.

UK CPI Inflation was reported to be just 0.2% in August, down from 1% in July. The slowest rise in prices in 5 years. The ‘Eat Out To Help Out’ scheme has been partly blamed for this.

Low inflation is good for borrowers and people wanting to spend but not so good for cash savers who will be earning very little interest if any on their savings. Eventually though, low inflation can be bad for everybody due to the impact it has on the economy as a whole. Inflation that leads to deflation, prices falling, means the economy is going into reverse. People don’t spend as they expect prices to go lower in the future and therefore wages fall and company profits fall potentially leading to more unemployment.

It is likely that this low inflation is temporary as central banks around the world seem keen to get inflation going.

There was a couple of news items in the world of pensions over the last week or so. First we heard a Treasury Minister confirm the original plan to raise the minimum age you can access your workplace or personal pension from 55 to 57. The change will happen in 2028 which means anyone under 47 will be impacted.

Two women negatively impacted by these changes lost their appeal against a High Court ruling this week.

Finally, it seems Covid has led to a big increase in financial scams with impersonation scams nearly doubling over the first half of 2020. £58 million was lost to scams during this period with criminals taking advantage of people working from home, pretending to be IT departments. There were also examples of criminals pretending to be Police, HMRC and banks asking for money to be transferred. Please be vigilant and if you are unsure about anything, please run it by us first.