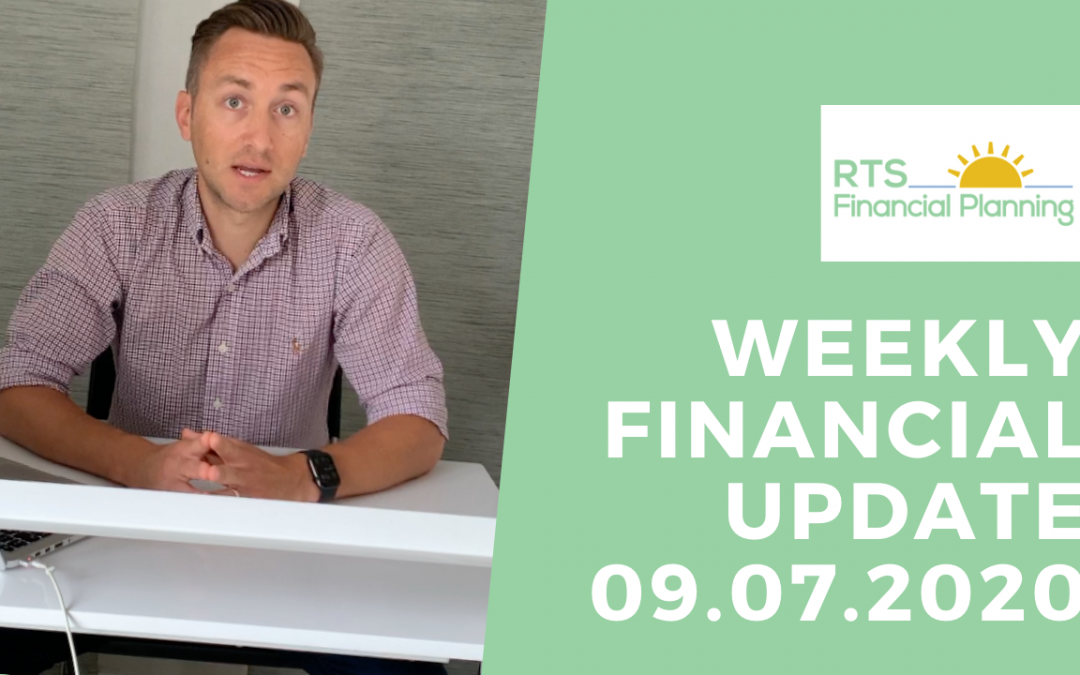 There hasn’t been much movement in the main stock markets this week with the UK down the most at just under 1.5%. The biggest gain was in the emerging markets sector driven by China. 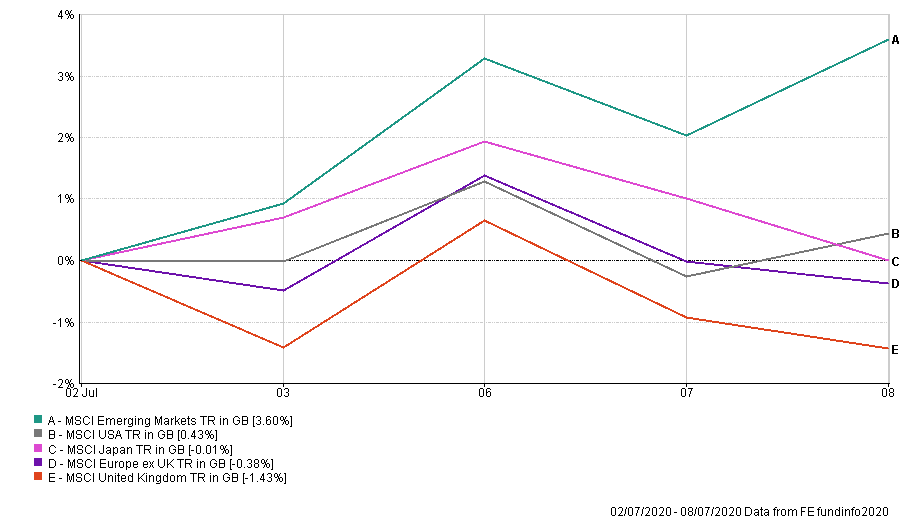 A state sanctioned story appeared this week on the front page of one of China’s main newspapers that basically announced that the government see a healthy rising stock market as key to economic growth.

Many in China saw this as a sign the Chinese government will back up the stock market and there was a surge in retail trading accounts being set up.

It wasn’t such good news for one of their biggest economic partners Australia as Melbourne went into full lockdown for 6 weeks following a sharp rise in new Covid-19 cases. 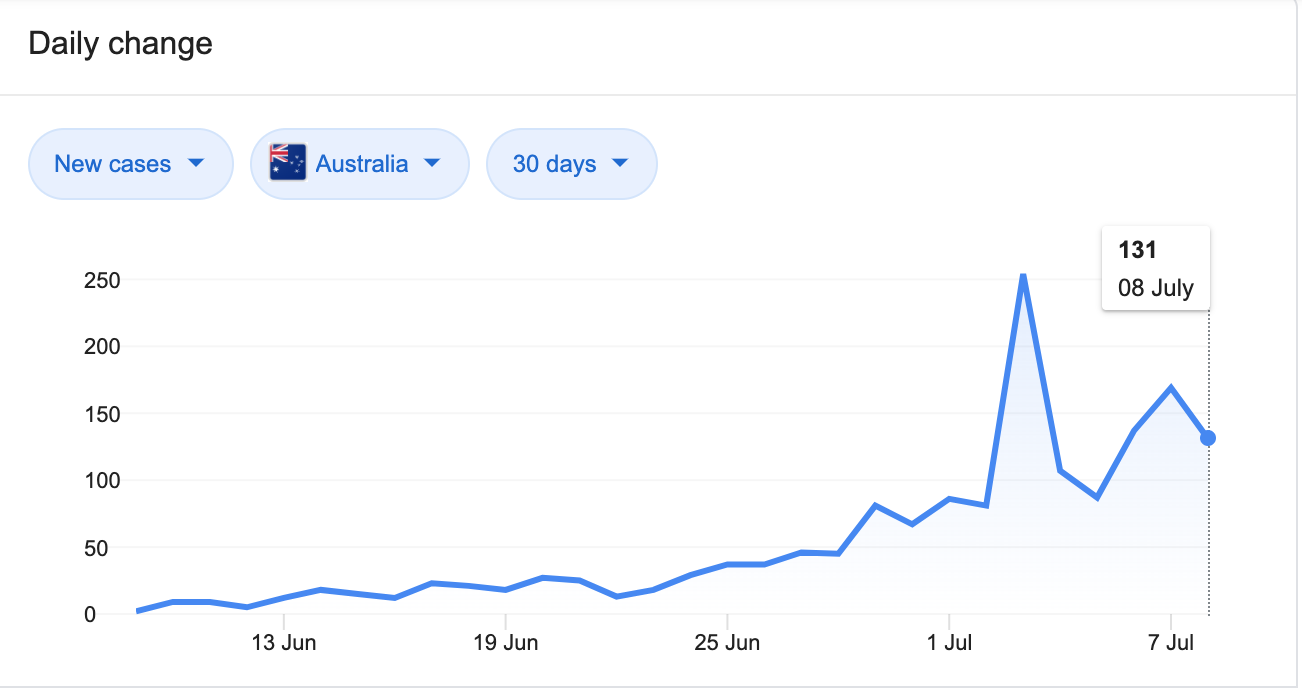 Even though the US still seem to be struggling to contain the virus, recording 60,000 new cases in just one day, there are signs the economic situation is improving. 4.8 million jobs were created in June and the unemployment rate fell from 13.3% to 11.1% beating expectations.

It was a similar story in Europe where the unemployment rate only rose from 7.3% in April to 7.4% in May. A smaller rise than expected.

In the UK we saw a further easing of lockdown with pubs, hairdressers and play areas all allowed opened.

There has been a surge in bookings for the Lake District as many consider staying in the UK for their holidays this year.

But if you are still keen to travel abroad, the list of quarantine free travel countries was announced.

Even though lockdown has been so damaging for many businesses there are some that have done very well out of it. Halfords and JD Sports reported big rises in sales as more people took up biking and sports activities.

Yesterday all eyes turned to the Chancellor as he presented his summer statement which was basically a kind of ‘mini budget’ with the aim of protecting and creating jobs.

The UK government is worried about a sharp rise in unemployment especially once the furlough scheme has ended so there were announcements on: