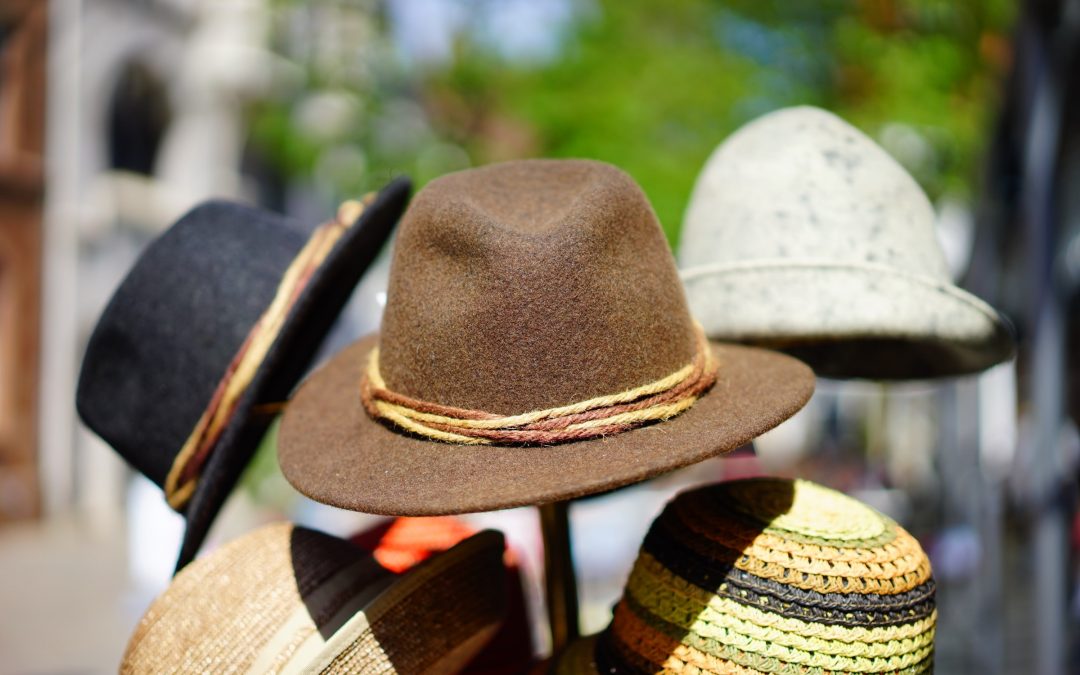 So, should you be piling into small caps?

Well, it’s important you understand the risks involved and how best to apply a small cap investing strategy.

The difference between small caps and large caps

The word ‘cap’ is short for capitalisation and refers to the value of a company’s outstanding shares.

For example, if a company has 5 million shares listed for £100 each, its market capitalisation would be £500 million.

It’s a way of valuing a company by showing how much the stock market thinks it’s worth.

The bigger a company’s market cap the larger the company is in terms of revenue, staff and market in which it trades.

So we are not talking tiny companies here! Small caps are still big global companies.

In the UK the FTSE SmallCap is an index that measures the 351st to the 619th largest listed companies on the London Stock Exchange main market.

We can actually see this has happened when looking at the UK market. The chart below shows UK smaller companies outperforming the overall market by nearly 1000% over the last 30 years! 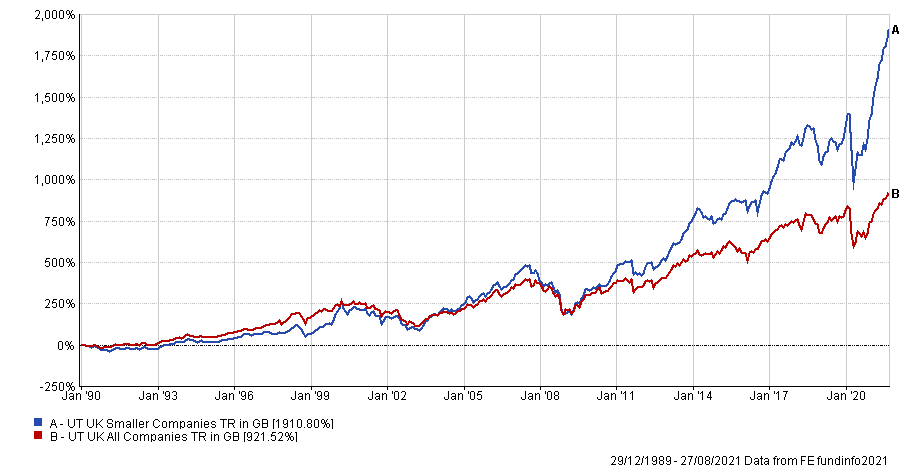 There are two thought processes as to why small caps outperform large caps over the longer term.

Some believe that the outperformance is because small caps take extra risk and therefore are rewarded for taking that extra risk. We know that risk and return are related. Meaning that you can’t make extra returns without taking extra risk.

Others believe the outperformance from small caps is because the market hasn’t valued them properly to begin with. Therefore as these companies perform their value has to adjust upwards.

Fama and French did have a warning though. They explained that whilst small caps would be expected to outperform in the long run, over the short term they can be much more volatile and underperform the overall market.

Again, we have seen this in the UK over short periods.

The chart below shows the fall incurred during the period of the 2007/8 financial crises. 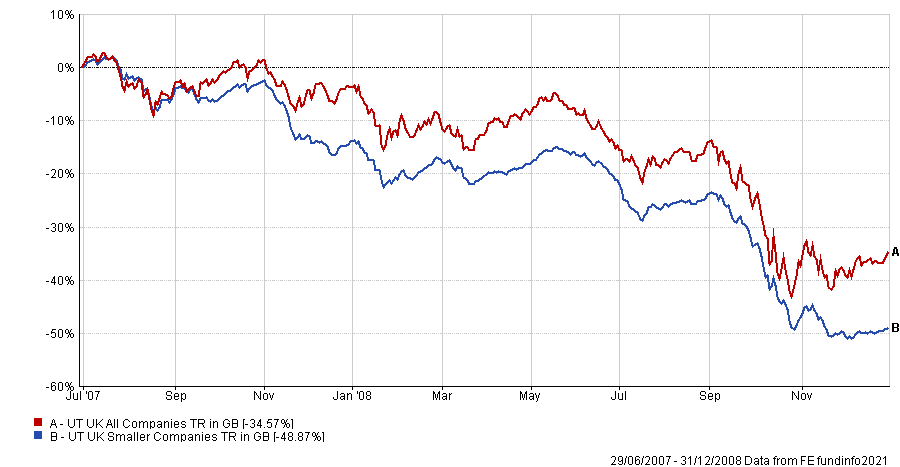 We can see that small caps underperformed the overall market by 14%.

So as a rule of thumb, small caps can be expected to outperform large caps over the long term but you may have a scarier ride in the short term.

Fama and French consider about 15 years to be ‘long term’ and the period someone should hold small caps to be rewarded for the losses that may be suffered in the short term during this period.

For most people, investing purely into small caps is not going to be appropriate. The risks and volatility will be too great and human nature is likely to mean they make all sorts of mistakes with the timing of their trades.

Instead, small caps should form part of an overall portfolio that invests in different asset classes and is aligned to your objectives, required return and risk level.

Unlike conventional approaches, we don’t hold stocks in their market-value proportions. We increase the relative portfolio allocation to small caps with higher expected returns.

This in no way suggests that small caps will give excess returns every year or that they’re guaranteed but we can only follow the evidence.

Want to find out more and get a second opinion on your own investment portfolio? Just get in touch and book a no-obligation free 15-minute call.