No Deal Brexit Impact On Your Investments 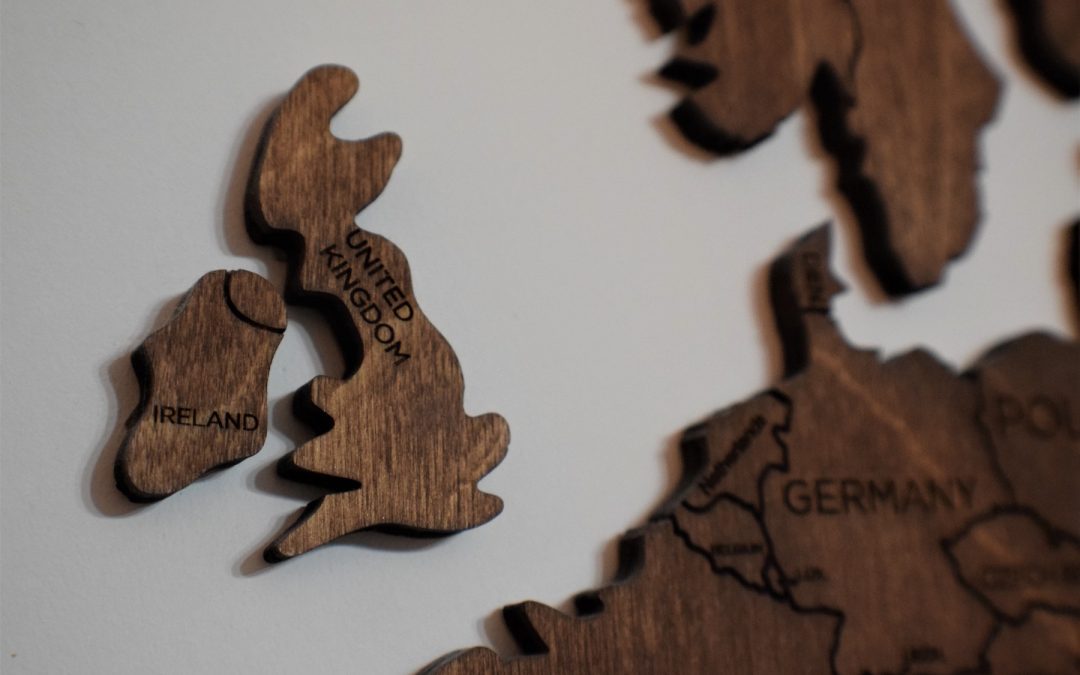 It’s hard to avoid it if you watch the news at the moment so I thought I would discuss the potential no deal Brexit impact on your investments.

First things first, as I write this after the Sunday 13th December 2020 ‘deadline’, talks are still on going. It is by no means certain that we are heading for no deal. Both sides need to appear strong and willing to leave negotiations in order to get a balanced deal. So, it is no surprise that the no deal rhetoric has been talked up on both sides.

So, by the time this article is released we could in fact have a Brexit deal. If we don’t then this is what I think will likely happen.

Depending on what you read, some might say a no deal Brexit will be a disaster and that the UK stock market will crash so you should get your money out now!

Well, to start, a stock market crash over Brexit is highly unlikely to happen.

There is a strong view in the markets that Brexit and its impact has been priced into UK stocks for some time now. In fact, if you look at the UK stock market performance vs the US and Europe, you will see it has been lagging behind since the referendum result. 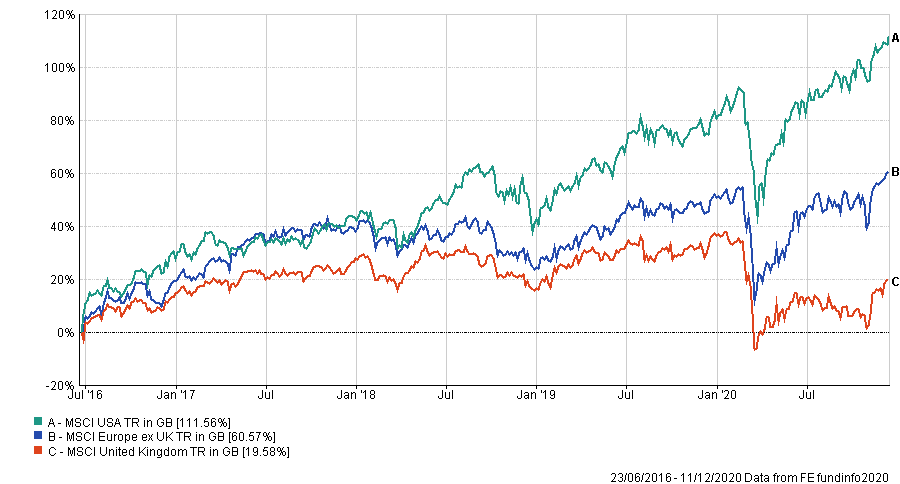 Even as the no deal rhetoric has increased over the last week or two, we can still see very little impact on the UK stock market. 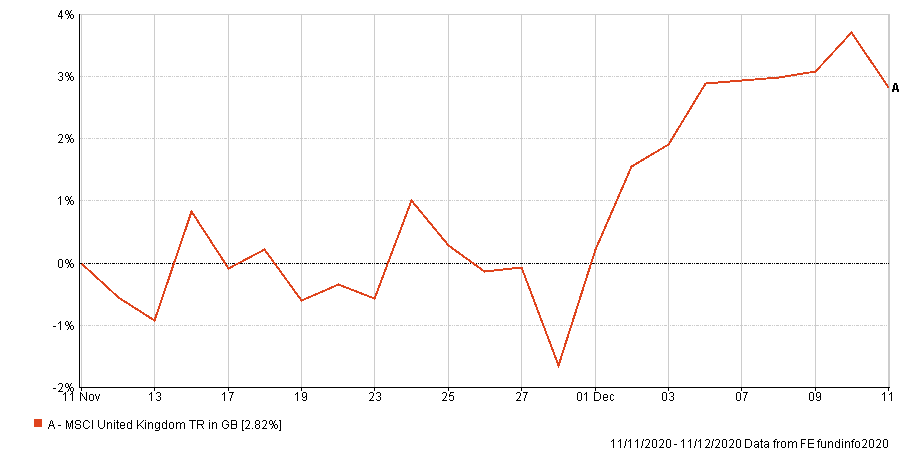 Yes, a no deal Brexit will probably still hit certain sectors more than others but that is why we diversify and invest in the market as a whole. There will be winners and losers so the overall impact will be smoothed out.

Markets hate uncertainty and that is what we have had for the last three and half years. So, the fact a decision is going to be made one way or the other will at least give businesses and markets the certainty they crave.

Once we have the certainty of what happens next, investors may well start to look again at the quality companies listed on the UK stock market and view them as cheap compared to their US and European counter parts. What would you do? Buy the car you want at a discount or pay over the odds?

The fact the UK is one of the first countries in the world to approve and start using a COVID-19 vaccine will also make UK stocks more attractive to investors, and could result in the UK recovering faster than other developed economies.

One of the world’s biggest investment managers Vanguard believe Brexit will hurt the UK economy in the short term, but the impact is marginal when considering a deal or no deal. The potential impact on UK GDP is –6.4% over the next 10 years with a deal and –7.8% without a deal.

Any type of impact is even more minimal when compared with the impact of COVID-19 which saw UK GDP fall 20%!

It’s important to know that GDP and stock market performance can be completely different. GDP reflects what has happened in the past. The stock market is a place where investors predict the future of businesses. This is why the UK stock market has performed strongly over the last 6 months even though we have had the worst recession in recent times due to COVID-19.

Going back to uncertainty, things have been less uncertain in the last few years compared to just before the actual EU referendum. We know we are leaving the EU one way or another. But back in June 2016 we had no idea we would be leaving and what it would entail.

But even in June 2016, following the referendum result, during a time of great uncertainty, what did the UK stock market do? Pretty well actually 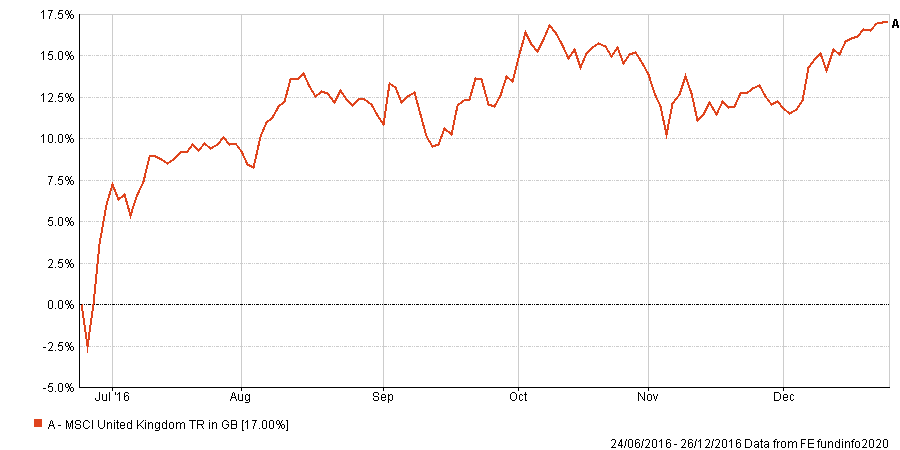 The UK stock market actually went up 17% in the 6 months after the EU referendum result. In fact, it went up over 7% the few days after the result. The main reason? A falling pound.

If we do see no deal, then the pound is likely to fall and this is actually good news for UK stocks. The UK stock market is full of companies that trade around the world. Therefore, if the pound falls this boosts their profits as earnings in dollars and euros buy more pounds.

Keep in mind that a country does not always need a trade deal. There are many successful countries all over the world that trade with each other without trade deals. Tariffs do not necessarily mean a big disadvantage.

Much of Donald Trump’s Presidency has been spent in a trade war with China where the US imposed many tariffs on Chinese goods. The result? China is predicted to be the only major economy in the world to grow this year.

Sticking with China. Tensions between them and long-term trading partner Australia are at a low point as both countries argue about the origins of COVID-19 and support going forward. This has resulted in China imposing tariffs on Australia. The result? Australia have just come out of their first recession in nearly 30 years.

At the time the news was dire, and the headline was ‘Black Wednesday’. What happened to UK stocks in the following 12 months? They went up nearly 30%! 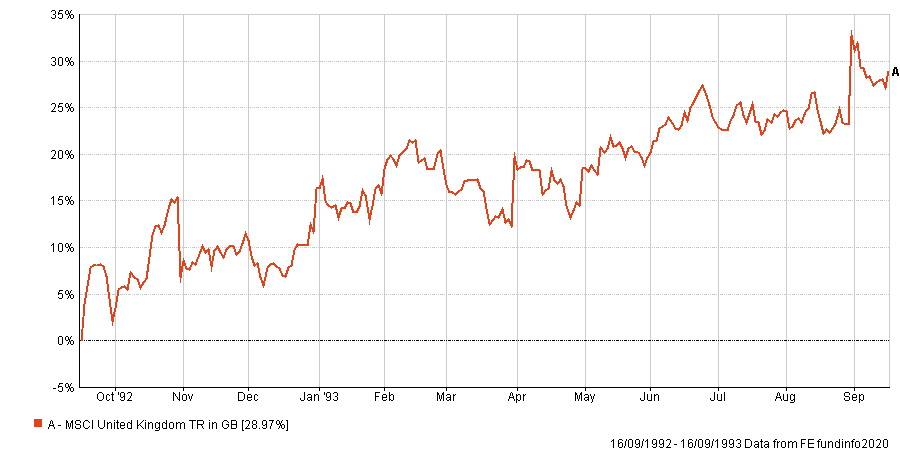 So, I hope this article helps allay any fears you may have of a no deal Brexit. Our portfolios are invested globally so the UK only forms a partial percentage regardless. Investing is about focusing on the long term and our portfolios are built to withstand the declines that are temporary and benefitting from the advance that is permanent.

Even if we do end up with no deal, it’s highly likely we’ll end up with a deal at some point down the road.