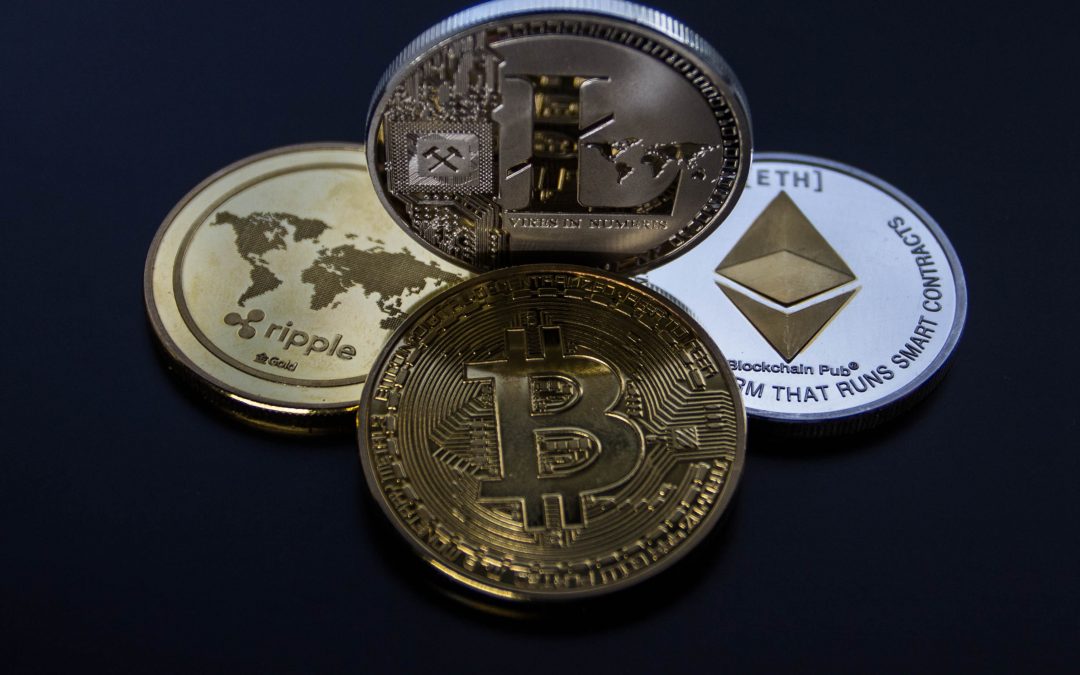 So Bitcoin and cryptocurrency more generally. There has been a lot written about it in recent times which in itself tells you something (more on that later) but if you haven’t already, should you be considering investing in it?

So is Bitcoin and cryptocurrency the type of asset that will ensure you retire early? Well let’s have a look at what’s going on and what you need to consider.

What’s going on with Bitcoin and cryptocurrency

Just in case the words Bitcoin and cryptocurrency mean nothing to you and you have yet to read or hear about these two words, here is a little background.

Bitcoin is a cryptocurrency otherwise known as a digital currency or virtual currency. It’s a type of money that has been created by a computer program and is purely online. You can use it to buy goods and services but only a small handful of businesses currently accept cryptocurrency as payment.

Bitcoin is the most well–known cryptocurrency but there are others including Ethereum, Litecoin and Cardano to name a few.

There have been quite a few ups and downs in the price of cryptocurrency, especially Bitcoin. 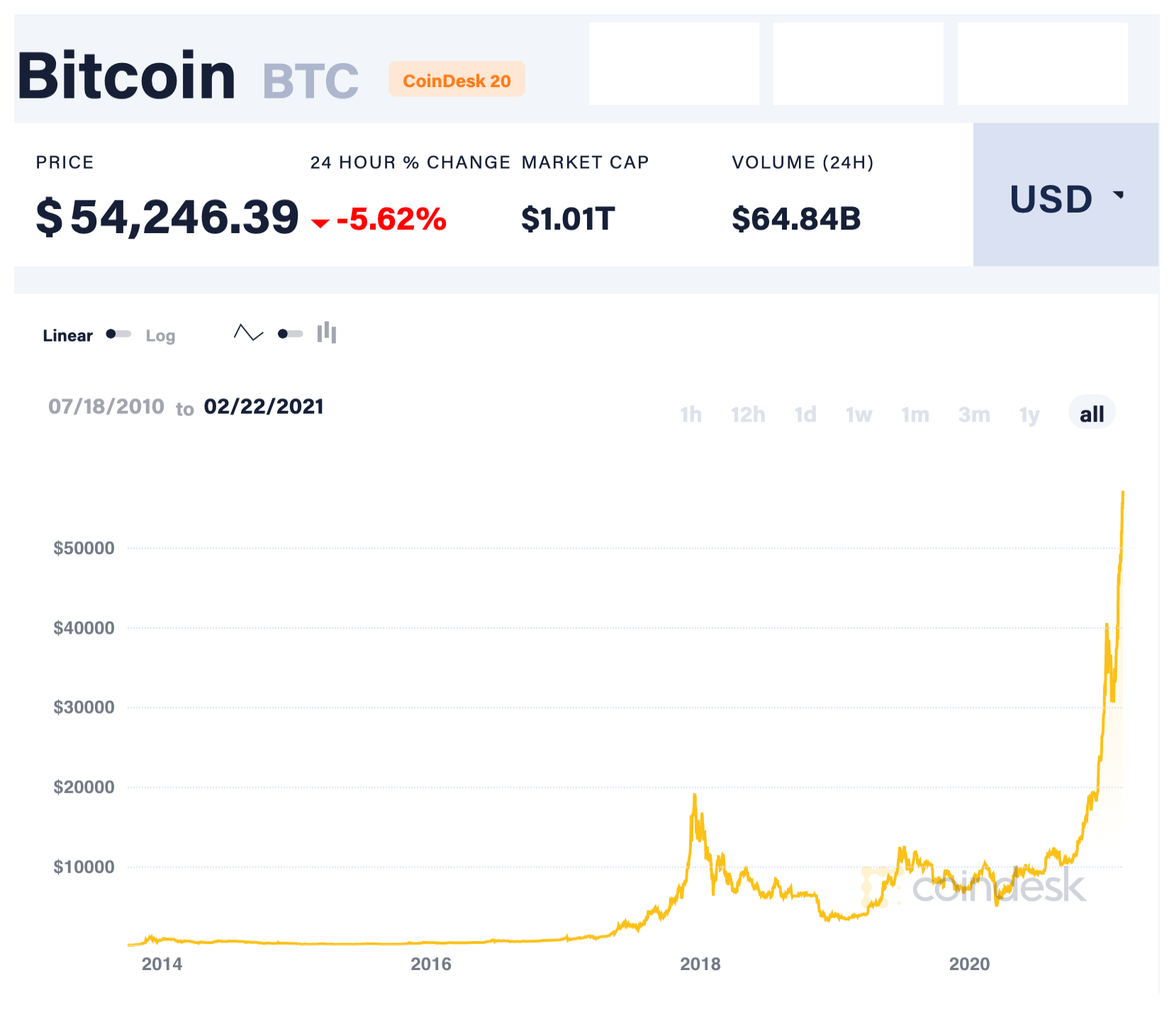 The point here is that these types of price swings are very volatile, at the top end of the risk scale and then some. Possibly one of the most volatile investments you could have made at the time.

As mentioned earlier, more recently the price of one Bitcoin has shot up again to a price of $57,128 at the time of writing.

The reason for the huge spike up in the graph above is due to a couple of reasons:

So the price of Bitcoin in now at the stage where if it were to drop in value by 50% it would still only be reverting to the price it was at the start of 2021!

Is Bitcoin and cryptocurrency a bubble?

Is Bitcoin in a bubble? Will it crash again at any moment? This is the million dollar question because unfortunately no one knows. We have already seen just how volatile Bitcoin has already been and the huge price increase in the last few months but who’s to say it can’t double from here in the next few months?

What we can do is remind ourselves of the 5 traits of a bubble.

There have been many examples of investment bubbles in the past including ‘Tulipmania’, ‘Dot-com’ and ‘Sub-prime’. If you are interested in history then I would urge you to look into these events.

We can definitely see many of the traits above with Bitcoin. The problem is it is very difficult to time the market so we don’t know when and if the bubble will pop.

What I would say about Bitcoin and cryptocurrency is that it is not an investment in the truest sense of the word. Yes an investment is about making a gain which is what you are hoping to do with the likes of Bitcoin but you are not building something, there is no income produced from it. Just a hope that someday in the future the price will be higher than what you paid. I would argue this is more like speculation.

The definition of speculation is “the activity of guessing possible answers to a question without having enough information to be certain.”

This sounds more appropriate to me.

The FCA state, “These features mean retail consumers might suffer harm from sudden and unexpected losses if they invest in these products.”

So at the end of the day there could be good money to be earned from speculating on the price of Bitcoin however you need to be fully aware of the risk and be prepared to accept potential large losses.

Only use money you can afford to lose. I certainly wouldn’t suggest staking your retirement funds on the price of Bitcoin.

Want to chat through your options in more detail?

Here at RTS Financial Planning we specialise in retirement planning for professionals, executives, senior managers and directors who are financially well off and earning a good salary. This will be your first retirement, but for us, we have done it over 100 times. So please get in touch for a no obligation, free 15-minute conversation so we can help you understand where you stand and what you need to do next.